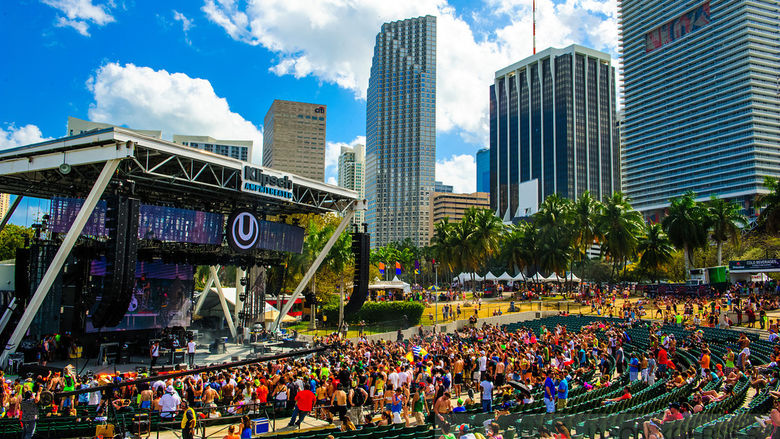 The park itself was constructed in 1924 under the design plans of Warren Henry Manning. It officially opened in March 1925. Later on, in early 1980, the entire park underwent a major redesign by Japanese-American modernist artist and landscape architect, Isamu Noguchi. The venue reopened in August 2009 after the multi-million dollar renovation.

Bayfront Park is bordered on the north by Bayside Marketplace and the American Airlines Arena. Where else, in the south you will find Chopin Plaza. The west is where Biscayne Boulevard is and on the east visitors will have the view of Biscayne Bay.

The amphitheater uses Klipsch sound system. The company has promoted the use of horn-loaded speakers as part of its goal to produce speakers which:

Thus, if you are attending an event at Bayfront Amphitheater, you are sure to enjoy high sound quality at all times.

Additionally, the said venue was a former site of the Ultra Music Festival. UMF is one of the world’s largest electronic dance music event. Sadly, in 2018, Miami’s commissioners barred the festival from being held downtown. The reason for the ban was due to complaints surrounding noise and the behavior of attendees.

One of the most revered performances held in Bayfront Park was led by Caesar LaMonaca from 1928-1978. He was a composer and bandleader for the City of Miami. LaMonaca ended his long tenure as the city’s musical maestro in 1978. His retirement came after he fell from the podium during a performance and breaking his hip.

Seven blocks north is Bayfront Park’s partner park, the 30-acre (0.12 km2) Bicentennial Park. This park’s name has been changed to Museum Park and it is home to The Perez Art Museum and the Frost Science Museum.

For further information on the Bayfront Park Amphitheatre, visit the pages listed below.

Sign up for our newsletter and get $5 off your first order!
You will also recieve a monthly “What’s On Guide” to your email!